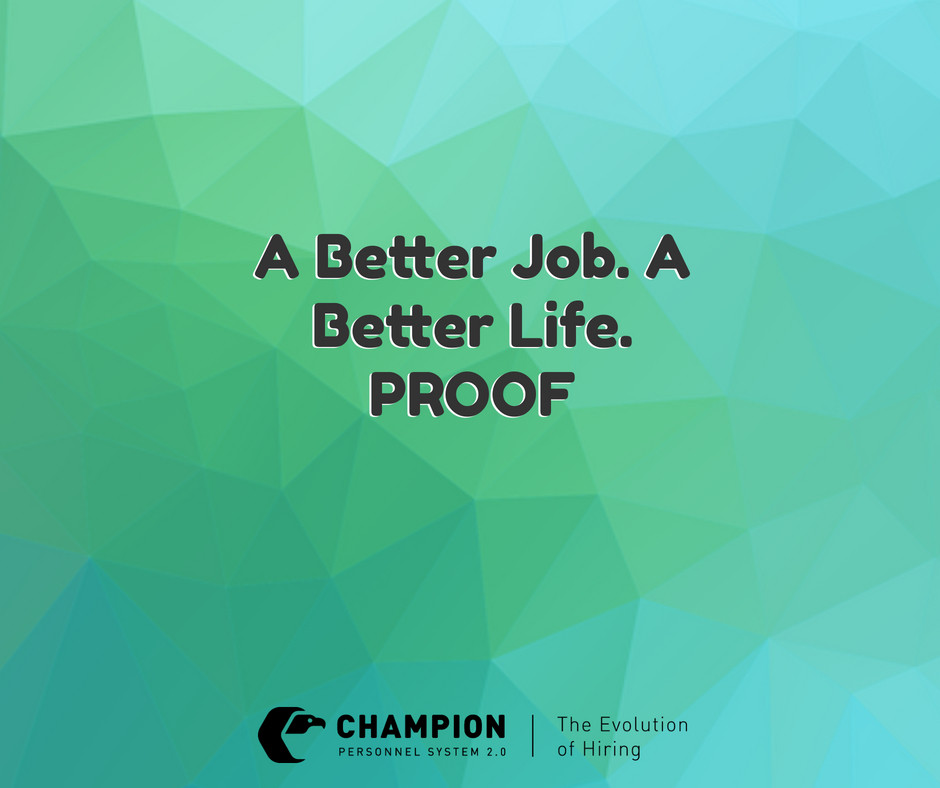 There is a fairly simple way to get ahead in both Job and Life. One can follow the other.

Champion wants BOTH for you, and we have the way to do it.

Two similarly qualified people (Person A, Person B) begin jobs at two similar companies, in “Factory” positions at $10 per hour. Both will work 45 hours per week. In the beginning, both will earn $400 per week in straight pay and another $75 per week in overtime pay at 1.5 X overtime pay. Total $475 per week or annualized at $24,700 total projected income.

Ask us about the simple things you can do to increase your Life Satisfaction”.

Loading Form...
Print
Posted by Champion Personnel in For Candidates
Most Recent

Be constructive, not destructive. Leave a trail and lead by example. To learn more about Champion Personnel, contact us today.

Music to the Rescue

Written by Carlos Jones, Music to the Rescue is all about the healing powers of music. Like Bob Marley said, when the music hits, you feel no pain.

Step Forward for a Better Job and a Better Life

Carlos Jones and the PLUS band is a local treasure whose music inspires all walks of life. PLUS stands for Peace, Love, Unity, Syndicate and that is what their music promotes.

Contact Us
© , Champion Personnel. All Rights Reserved
Powered by